Cannelle Bakery Aims to Extend its Sales to Canada 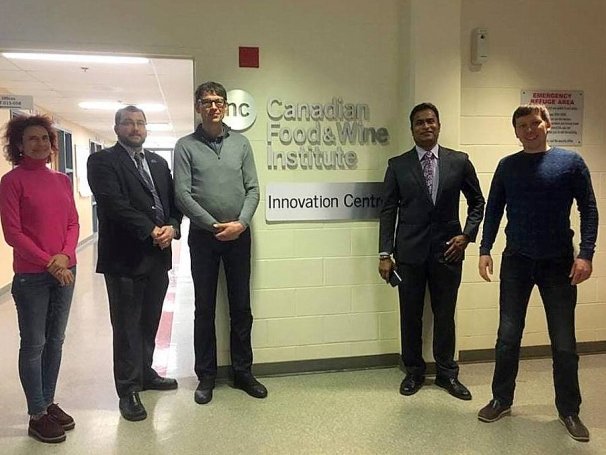 Cannelle Bakery’s Board Chairman Ivars Skrebelis together with the representative of the Latvian company Perfecto Haralds Siliņš and the Commercial Officer of the Canadian Embassy Irēna Cīrule participated in the Trade Mission to Canada. During the mission’s diverse programme from 26 April to 1 May, we gained invaluable insight into the Canadian market and evaluated the opportunities provided by the free trade agreement between Canada and the EU. Its practical aspects were discussed during our visit to the Ontario Chamber of Commerce and our meetings with the representatives of the Niagara Foreign Trade Zone, specialists of the Canadian Food and Wine Institute and many others, including representatives of the provincial government of Ontario at the SIAL Canada tradeshow. An interesting and inspiring highlight during our visit to Canada was the introduction to several supermarket chains of different profiles, such as the market leaders Loblaws, Sobeys, FreshCo, Metro, Yummy Market and others. Because of the multinational Canadian population, we came across several products comparable to the ones produced by Cannelle Bakery on our degustation tour, such as curd balls. Canadian supermarkets have a large focus on frozen bread products, including bagels. Cannelle Bakery already exports its products to Canada, which has naturally been noticed by Latvians, whom we met at the 40th anniversary event of the Latvian Canadian Cultural Centre.
Return to start