Cannelle Bakery Named the Sweets Manufacturer of the Year 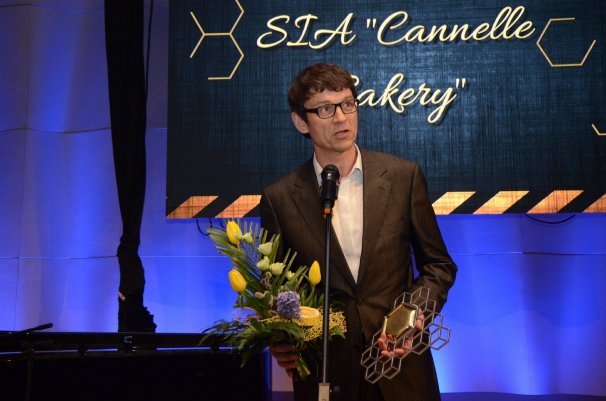 On the evening of 8 April, the Saldus Music and Art School hosted the official ceremony of the Saldus Municipality Annual Entrepreneur Awards, where the entrepreneurs of the Saldus Municipality were awarded in seven nominations. We, Cannelle Bakery, were victorious in the Sweets Manufacturer of the Year category. We were especially happy about this award, because the candidates were proposed by the citizens of Saldus; and this year, there were 39 candidates in four nominations. In March, the panel of judges chose three candidates in each category that they visited in order to evaluate the company’s operation, investment attraction, creation of new jobs, the quality and originality of the products or services, environmental cleanliness, and other aspects. Cannelle Bakery was able to reassure itself that its status as the Sweets Manufacturer of the Year is well justified at the Made in Saldus Municipality trade fair, where we heard nothing but praise about our products all day long.
Return to start