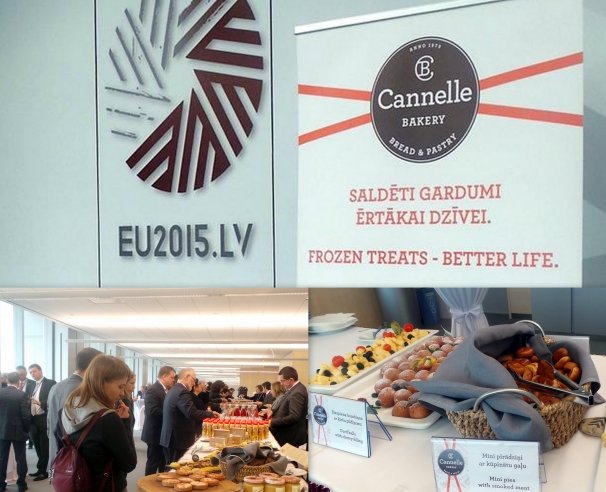 Latvian Presidency of the Council of the European Union provides a possibility for Latvian companies to have the honour of becoming partners of the presidency. “Cannelle Bakery” is among the Latvian entrepreneurs that have received this honour. Within the framework of the Latvian Presidency of the Council of the EU, on 17 and 18 March a meeting of the Committee of the Regions Bureau was held, and it gathered representatives from local and regional governments of 28 countries to discuss the creation of a digital Europe. During the coffee breaks between the meetings, readings and debates, one could also enjoy the products of “Cannelle Bakery”. The next time our brand will be present at a Latvian Presidency event will be on 19 June during the expert meeting of the Eastern Partnership Panel on “Public Administration Reform”.
Return to start