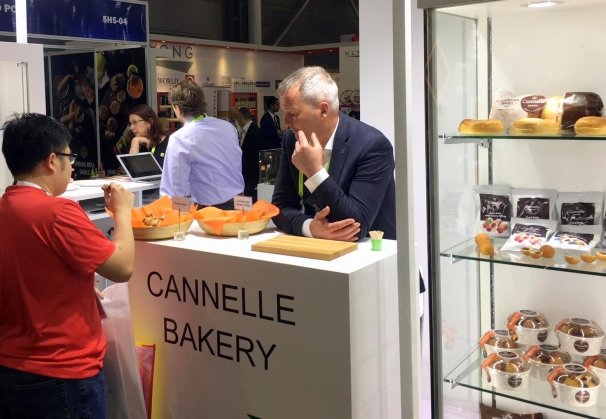 Cannelle Bakery has participated in Food & Hotel Asia, one of the most significant food industry trade fairs in South East Asia that took place on 24–27 April in Singapore. This year marked the 40th anniversary of this biennial trade fair. Cannelle Bakery was one of the ten Latvian food and drink manufacturers to share the joint national stand of Latvia, which was created for the first time in Singapore in honour of Latvia’s centenary. Cannelle Bakery offered products that had previously generated the most interest in other Asian trade fairs: curd balls, mini pies with various fillings, as well as our new product, American bagels. The trade fair in Singapore reassured us that visitors are attracted to our products, as well as the presentation and packaging thereof. This interest is particularly important because the trade fair was mostly visited by industry professionals who were exploring the opportunities to bring these products to the market. Just like after every trade fair, Cannelle Bakery’s next task is to bring these negotiations to fruition.
Return to start